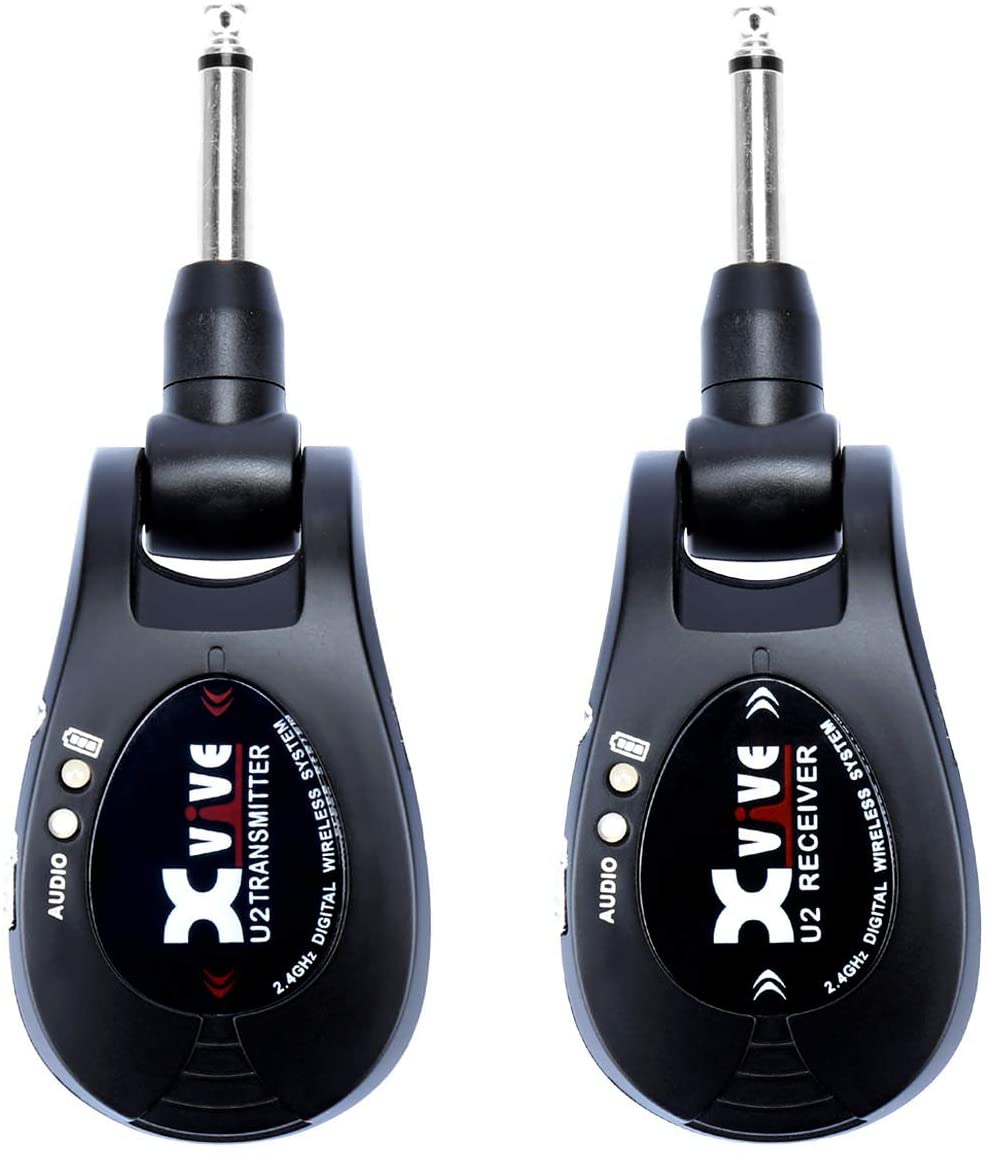 Having the freedom to walk around stage without (as Nigel Tufnel called) ‘the mucky muck’–the tangling wires around your feet–is great. In my band I also run the sound so I need to be in front of the main speakers to hear what the audience is hearing and so I can mix the sound accordingly. Two years ago back in 2018, I bought two of the Xvive U2 Guitar Wireless Systems because they were on sale for a ridiculous amount, $60.41 (USD) as compared to their regular price of $155.

They come with a 2 headed USB charging cable which lets you charge both the receiver and transmitter at the same time. There is also a nice, form fitting box included and a velvet-ish carying bag and an instruction sheet. Since I have two sets, I keep each set on a different channel just in case I need to use both simultaneously. I also play rhythm guitar on a few songs and our singer plays bass, so it’s nice to have two of these. You can easily set the channel on the reciever and transmitter and the ingenious blinking LEDs let you know which channel you have selected. One blink equals the Channel 1, two blinks is Channel 2, etc.

Although the manual and advertising boast 4-5 hours of battery life, I have been getting maybe 30 minutes or so on a charge after 2 years of use. And yes, I have tried different USB AC adapters. I think this could be better, but for some reason mine don’t last long. I have to use them sparingly, such only at soundcheck.

The audio quality is pretty good as long as there is no interference. The lead guitarist in our band started using the Xvive in ear monitor system and I think that signal is interrupting not only my Xvive U2’s signal but the band mixer’s WIFI. So, a word to the wise, use your wireless devices uh…wisely. Experiment at practice and see what channels offer the least amount of interference.

Do I recommend the Xvive U2? If you can find it under $75, I think it’s a fine tool for playing without said mucky muck. With that said, I give it 3 out of 5 stars.