Back in the day, I had a nice Dean Rhapsody 8-string bass that I bought on a whim. It features four, regularly tuned bass strings, usually EADG and four smaller strings tuned an octave higher, for eight strings total.  It was very nice, with a bubinga wood top, EMG pickups, active electronics, the whole 9 yards. After I had it for a while I remembered that I am not a fan of active electronics on a bass.  That fact and at the time I didn’t have a use for it because I was playing in a Rush tribute band and other than Rush’s song Far Cry (which Geddy Lee uses a 4 string bass, but I used the 8 to fatten up the sound), it didn’t get much use.  I think a lot of it was the novelty of the bass when I bought it.

Fast forward a few years and I saw a post in the wanted classifieds of Talkbass.com that someone was looking for an 8 string bass.  I messaged him and ended up selling it for $100 more than I bought it for, which was a nice bonus.

I try to use all of the gear I have, or I start to feel guilty.  Don’t tell my wife that!  One of my basses that wasn’t getting much use was my Carvin B4.  I got it on trade for an old iPhone about 10 years ago.  It plays nicely, good action and good tone, but after building my parts Jazz bass, it wasn’t getting much use so it went up on the chopping block for sale.  No bites after a couple of months in the bass classifieds.

At that point I started jonesing for another 8-string bass, but I figured it would be nice to convert something I already had.  The B4 bass had a nice neck and pickups sounded great.  Maybe I can get a similar neck and go that way.  Well, the least expensive premade neck I could find was over $240. That price is usually the target price for an ENTIRE bass, so that option was out.

How about I convert mine?  I could reuse some of the tuners (machine heads) from the B4, figure out what other tuners I needed as well as a new 8-string bridge and nut and I should be all set–I think.  Somebody has had to have done something like this before, so I checked the interwebs and sure enough, there were several threads about this very subject on talkbass.com.

One of the first things I had to figure out was tuning peg placement.  I could use all four of the ones that are on there and buy four more smaller ones.  The design I was thinking of used four pegs on each side of the headstock incorporating the four original tuners.  Once I took a photo of the headstock and started mocking designs up, that idea went out the window.

I also had to consider the angle of the strings when they came off the nut and onto the tuning posts.  There had to be enough room for the strings so they didn’t touch one another and so they didn’t touch a tuning post that didn’t tune that string.  Using all four original tuners was not going to work and since I was already buying four smaller, guitar tuners for the octave strings, I decided to buy two opposite side tuners for the main strings.  Carvin/Kiesel has a great parts selection and I wanted the tuners I bought to match what was already on there, so that all worked well.  Next I needed a new bridge and nut.  Could I just use the existing 4-string bridge and modify it to use four more strings?  If I did, I learned, I would not be able to intonnate the bass properly and most likely those octave strings would never be perfectly in tune.

Maybe I could just add the octave string tuners to the existing headstock design, reducing the filling and drilling I needed to do.  Nope.  That wouldn’t work if I wanted to use the tuners I bought.  Once the tuners arrived, I mocked up the headstock and measured everything as carefully as I could to get the right angles for the strings. I bought some maple boards and cut out some plugs and glued them into the four existing tuner holes, then carefully measured, marked and drilled the new holes for the tuners.

Placing the tuners in the holes, I labeled the tuners so I knew which ones went to which holes.  After drilling and installing the tuners, I removed the old nut and installed a new one.  The new one was blank, so I had to cut the slots.  Since I had nothing to go by, I wanted to take my time and cut it once.  Google is your friend or at least mine, and I was able to find some close ups of the nut from a couple other 8-stringers.

The bridge was pretty easy to mount.  I had marked the original bridge placement on the body and measured and predrilled the mounting holes.  After a test fit of the strings, I saw that I should slot the saddles because the smaller gauge strings kept sliding off.

I took the nut that was installed on the bass and flipped it over and cut the slots using a photo as a guide.  It ended up breaking, but I was able to see that the pattern I had was going to work. And speaking of truss rod covers (which is missing in the photo, I had to tweak the truss rod to make the neck bow out slightly.  This was a suggestion and I think it worked very well.

After I got everything the way I wanted it, I tuned up the bass and set the intonation for all 8 strings.  This took a while, but when I played it all tuned up and intonated for the first time,  it sounded ‘uge!

Definitely a keeper, because I doubt anyone would want to buy it because of the funky headstock goings on.  Plays and sounds great!  The string spacing is a little closer than I would have liked–if I ever did this again, I’d use a 5-string neck or a P-bass style neck.

After I got everything the way I wanted it, I tuned up the bass and set the intonation for all 8 strings.  This took a while, but when I played it all tuned up and intonated for the first time,  it sounded ‘uge!

Definitely a keeper, because I doubt anyone would want to buy it because of the funky headstock goings on.  Plays and sounds great!  The string spacing is a little closer than I would have liked–if I ever did this again, I’d use a 5-string neck or a P-bass style neck. 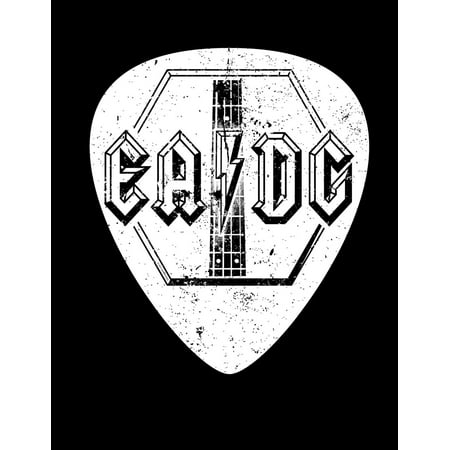