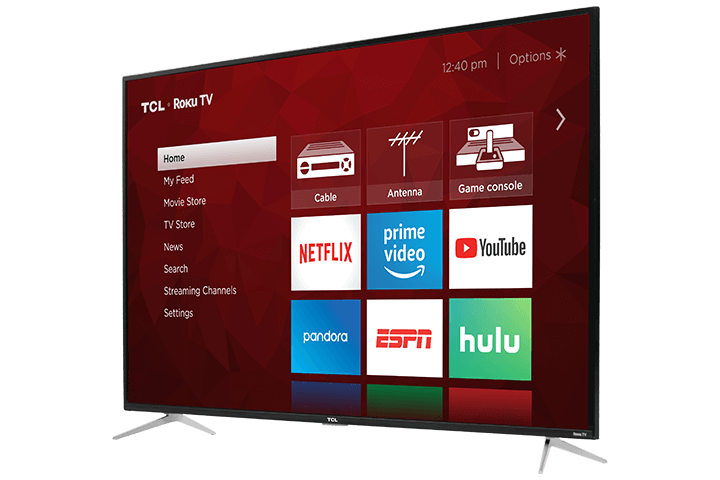 My wife likes to move stuff around. A lot. Like she really shakes it up so I can’t find anything for about six months or until she moves it again. Recently she decided to shift our living room set up 90 degrees to the right. So we, and when I say ‘we’ I mean ‘me,’ had to unmount the TV from over the fireplace where it has been for more than 10 years onto a table for now. Of course we had to move the couch and all of the other furniture too. Oh, and don’t forget my 5.1 speakers because I had to move those too, well the wires anyway because they’re little cube speakers mounted on the walls. So now the Front Left is now where the Front Right used to be and the Front Right is where the Surround Right used to be and the Surround Right is where the Surround Left used to be.

Anyhew, the TV, yes I remember. While shopping at BJ’s warehouse store (it’s like the rural East Coast cousin of Costco), we came across the TV section and saw the TCL brands which I had heard of. They seem to have great reviews and seem to be priced $50 to $100 less than the big-name brands like Sony, Samsung, etc. We picked out the TCL 55″ 4 Series HDR 4K UHD Smart TV, model 55S423. I don’t particularly care for the “smart” part of the TV since we’re going to be running it from our 4K AppleTV. Which, by the way, we were upgrading from a 12 year old Sony 1080p TV. My friend the other day asked why we hadn’t upgraded to an LED 4K TV and I didn’t have an answer for him.

So far so good. We got it home, hooked it up to our 4K AppleTV and immediately was underwhelmed with the picture quality when watching 4K content. After a bit if tweaking it looks great. The thing is, we were so used to 1080p that figured we weren’t missing much. Now with Plex content in 4K as well as Amazon Prime and YouTube, there’s no excuse not to upgrade to a 4K TV. Hey, HBO Max and regular Netflix, I’m looking at you! What’s up?! 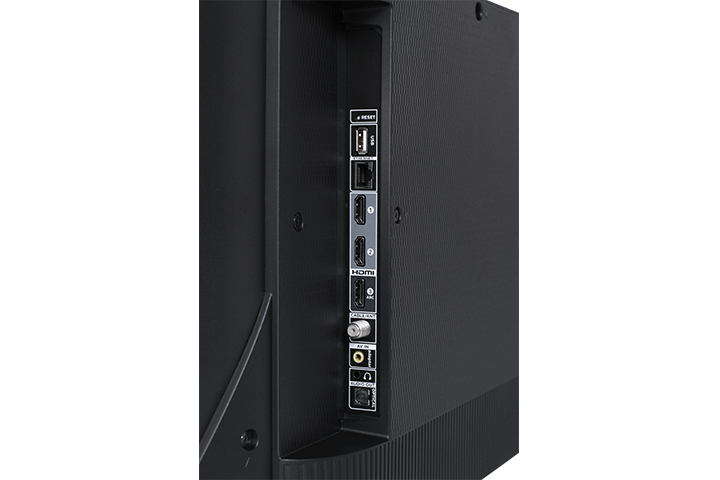 Our TCL 55″ 4 Series HDR 4K UHD Smart TV Model 55S423 was easy to use right out of the box. The built-in WIFI was able to connect to our network and it even has Ethernet, which I thought was great. If we were going to watch stuff on the built-in Roku I would have connected it to our Ethernet network. There are plenty of inputs on the right of the TV even though all my cables came from the left hand side. I was happy to see digital audio out which went right into my reciever for those 5.1 movie nights or whenever I need a little more ooph in the sound. Speaking of sound, I thought one of the speakers was broken when I first set it up. Come to find out, I had to back the TV away from the stereo cabinet that it’s sitting next to. The TV’s built in speakers reflect off the wall from the back of the unit and if the sound doesn’t have a way to get to your ears (the path is blocked), you’ll think the sound is not working properly. Just moving the TV from the other unit about 4 inches solved this. The sound is okay, but if you really are looking for a TV with excellent sound I would choose a different model. I thought they sounded a bit thin compared to our old Sony or even our Sharp Aquos 37″ which had proper speakers on the side of it.

With this price point, I think you may be sacrificing some things, as I mentioned the sound. But the TV picture is great, it is HDR so you get a wider color gamut. Roku I’m sure is great for those people who don’t already have a set top box like an AppleTV. 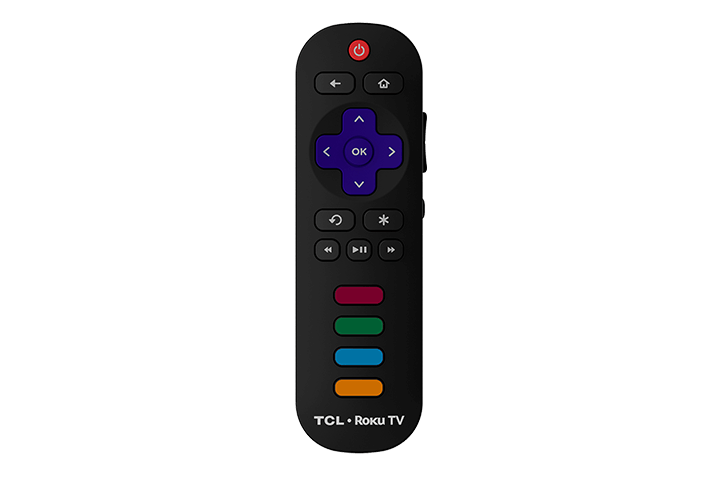 The remote is okay, a little clunky and the volume control is on the side of the remote. It took me a few minutes to figure that the up and down arrows were not volume controls. Manual? Bah, manuals are for losers–or those people who want to operate their products properly.

During the initial setup, I had to create a TCL account to register the TV. One thing I couldn’t figure out how to get past was creating a Roku account. Since I wasn’t planning on using Roku, I just wanted to skip this step. I found out if you close your browser window and log in with your newly made TCL user name and password you can finish your registration. So try that if you’re stuck. Once you get the hang of the remote and the menus you should be able to tweak the settings just how you like them. For instance, when I put my AppleTV to sleep, the TV turns off. Since I programmed my AppleTV remote to control volume on the TV when I press a button on the AppleTV remote it wakes the TV up and switches to the HDMI input I have labled “AppleTV”. Pretty nice.

Overall we’re happy with the TV. For the money it’s an excellent value. Plus, if you like warranties, BJs offers an additional three year warranty for $30 which covers accidental damage. And if your son likes to shoot his NERF guns in the house, it may be a good idea to use the money you saved buying a TCL versus another brand and apply that to an extended warranty.