Bass player Geddy Lee has an obsessive personality. He started collecting when he was a child, stamps of all things, and has said that when he gets hooked on something, he has to do it full boar or not at all. He is an avid wine collector with an impressive wine cellar, as well as fine art aficionado which adorn the rooms of his home in Toronto. After getting hooked on America’s pastime, he acquired a museum’s worth of baseballs at his home and some of these rare autographed balls he donated to the Negro Leagues Baseball Museum in Kansas City.

As Rush’s bass player since the late 1960’s until the band’s last show in August of 2015, Geddy has been known to play many iconic brands and models of bass, from his Fender Precision which he has said he effectively ruined by cutting it into a teardrop shape, to his Rickenbacker 4001, to Steinberger, Wal and trusty #1, a 1972 Fender Jazz.

The 408 page hardcover is also available in Amazon’s Kindle format, which is a nice, portable format that you won’t have to worry about getting dirty or worry about hauling the large tome around with you so you can read it at the family gathering you don’t want to be at this holiday season. It’s also much handier to read in the bathroom…so I hear. What I like the most about Kindle books is the variety of devices you can read books on. Most of the time I read my BBBoB on my original monochrome Kindle, which has a great battery life and very durable and portable. When I’m at home, I log into Amazon’s read.amazon.com site and enjoy the color photos and am able to zoom in just as I can on my iPad, which is another great, portable format.

Geddy’s impressive bass collection was inspired by his trusty ’72 Jazz, because he wanted to know more about why that bass sounded so good and what other basses in that design and time period had similar qualities. He turned to his trusty bass roadie John “Scully” Macintosh, who was able to guide him and assist in his quest for basses of that period. Along with photos and description of various models of Fender, Gibson, Rickenbaker and more, he was able to sit down and interview fellow legendary bass players such as John Paul Jones of Led Zeppelin, Bob Daisley of Rainbow, Adam Clayton of U2 and Bill Wyman of the Rolling Stones among others. Other instrument collectors and musicians comment on their fleets of basses and guitars, comparing notes with the author. A very good read for bass players like me, Rush fans and others who might appreciate the art and design of the instrument that is usually relegated to the back of the stage, unlike it’s smaller, stringed sibling which is usually hogs the spotlight.

Geddy Lee’s Big Beautiful Book Of Bass is available on Amazon in hardcover as well as in Kindle format. 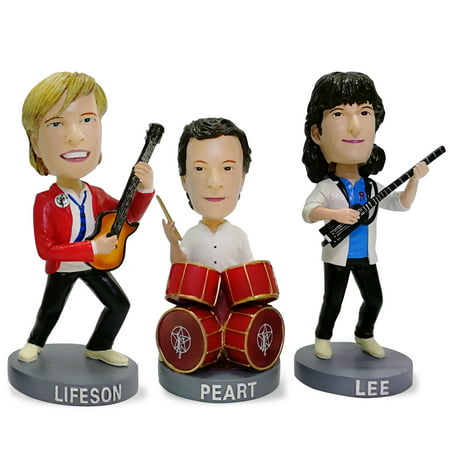